Will Ziegler, founding partner of the firm and native of Northern Kentucky, is admitted to practice law in the Commonwealth of Kentucky.

As a member of the firm’s Business & Corporate Law Group, Will guides small and medium sized businesses in their formation and operation, including corporations, LLCs, limited and general partnerships and sole proprietorships. He assists with regulatory matters, dispute resolution, business licensing, financing, reorganization and sales and mergers, as well as with the day to day legal issues facing small and medium sized business.

Will devotes part of his time to the firm’s Estate Planning Group, where he focuses on counseling individuals and families in the design of Wills, Powers of Attorney, Trusts (including Special Needs Trusts), and other estate planning documents. Such practice also includes succession planning for family and closely held businesses as well as retirement planning for individuals.

Will has extensive experience in Trust Administration and settling estates in Probate Courts, serving as Attorney as well as Executor.

During his career, Will taught for 13 years as an Adjunct Professor at the University of Cincinnati College of Law. In addition, Will has served over the years as counsel to various municipal and governmental bodies and financial institutions.

Will served as a member of the Northern Kentucky Independent District Board of Health for more than twelve years. He is a Trustee of Thomas More College, he served for twelve years as a Trustee of the University of Cincinnati Foundation, Inc. and is a member of the Board of Advisors of U.C. College of Law. He also serves as President of The R.C. Durr Foundation, Inc.

He is a Life Fellow of the Kentucky Bar Foundation and in 2009 received the Northern Kentucky Bar Association Distinguished Lawyer Award.

A longtime resident of Kenton County, Kentucky, Will and his late wife, Helen, raised three sons. Will is now married to Ellen Hackman Ziegler and they enjoy travel and spending time with their children and grandchildren. 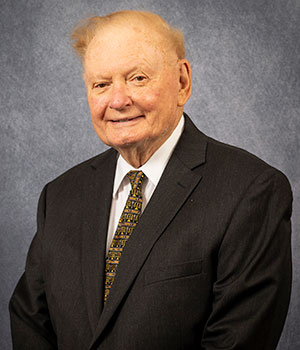 By: Erica F. Blankenship Have you been convicted of a felony in Kentucky? If so, you may be eligible to have the crime expunged from your record. Expungement basically means that the record is...

IMMIGRATION: BRINGING A FAMILY MEMBER TO LIVE IN THE UNITED STATES

By:  Shane C. Sidebottom If you are a U.S. Citizen or Lawful Permanent Residence of the United States (have a “Green card”), you may be able to file an I-130 petition with USCIS for an overseas...

In Kentucky, can I run a credit check on an applicant for employment or on existing employees?

By:  Matthew C. Smith In Kentucky, can I run a credit check on an applicant for employment or on existing employees? Yes, but you must do so uniformly and comply with the Fair Credit Reporting...