Steven C. Martin began practicing law in 1979 and currently practices in both the commonwealth of Kentucky and the state of Ohio, focusing on criminal defense and civil litigation matters.

As a highly skilled criminal defense attorney, Steve has successfully defended several high-profile criminal defendants in the Northern Kentucky area, in cases that involved allegations of “murder for hire” and politically motivated murder.

He graduated from Northern Kentucky University in 1976 with a degree in political science and philosophy, after which he graduated from Salmon P. Chase College of Law in 1979.

Steve was offered a position with the Kenton County Commonwealth’s Attorney’s office as an Assistant Prosecutor in January of 1982. Steve held that position until May of 1987, trying major felony cases on behalf of the citizens of Kenton County, Kentucky.

In 1983, shortly after joining the Prosecutor’s office, he obtained a conviction in one of the very first cases tried in the Commonwealth of Kentucky involving allegations of sexual abuse, rape and sodomy by a family member of young children. That case, because of the life sentence imposed by the jury, was appealed immediately to the Kentucky Supreme Court. The Kentucky Supreme Court affirmed the conviction in a published opinion that served as precedential value in substantive, procedural, and evidentiary matters. Fred Pendleton v. Commonwealth of Kentucky, 685 S.W.2d 549 (Ky. 1985).

He also incorporated and served as the first president of the Northern Kentucky Adult Reading Council, which still exists today to remedy adult illiteracy.

Steve is a musician after hours, performing with various local bluegrass bands. He combines his interest in music with appearing as an on-air personality on a weekly jazz program on WOBO, 88.7 FM in Batavia, Ohio, and also as the host of an internet bluegrass music program on Worldwide Bluegrass. Steve is also general counsel for the radio station, WOBO. 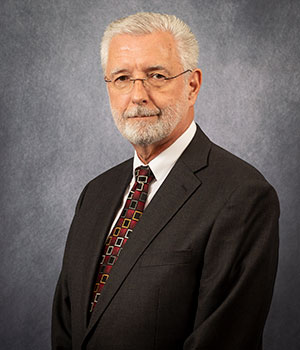 Child Support: Changes in the Law in Kentucky

By:  N. Jeffrey Blankenship Federal Law requires every state to adopt statutory guidelines relative to the payment of child support, as between parents after their marriage or relationship has been...

CITIZENSHIP AND NATURALIZATION - Applying to become a U.S. Citizen and avoiding potential problems in your application

By:  Shane C. SidebottomMarch 12, 2021 If you are a permanent resident in the United States, you are eligible to become a U.S. citizen on the fifth (5th) anniversary of your permanent residence...

I just had a car wreck. What should I do right now?

If you are ever in a car wreck, always make sure to protect yourself.  Then, call us for help as soon as you can. If you’re not injured to the point of needing immediate medical attention, then...

©2021 Ziegler & Schneider, P.S.C. All Rights Reserved. THIS IS AN ADVERTISEMENT