Michael L. Baker is admitted to practice law in the State of Ohio and the Commonwealth of Kentucky and has been with the firm since 1995.

Mike’s practice is varied, handling both individual consumer and complicated business issues. Specifically, he represents clients experiencing financial insolvency, either in bankruptcy or outside of bankruptcy.

Mike has represented people filing Chapter 7, Chapter 13, Chapter 12 and Chapter 11. In addition, he has represented credit unions and financial institutions, as well as individuals who are creditors of those who seek protection in bankruptcy court. Mike has also represented Creditors’ Committees in Chapter 11 proceedings.

In the course of his representation of individuals seeking bankruptcy law protection who primarily have consumer debts, Michael L. Baker constitutes a debt relief agency as defined in 11 U.S.C. §§ 526, 527 and 528. Mike assists individuals with filing all types of bankruptcy.

Additionally, Mike has served as a Panel Chapter 7 Trustee in the Eastern District of Kentucky since 1984.

Mike joined the firm in September of 1995. Prior to that time, he formed his own practice with Bruce McClure for 10 years. Mike’s early years in the practice of law were spent with Portia Schaffer, a long-time bankruptcy practitioner.

Mike has also authored articles for the Kentucky Bench and Bar regarding examining land titles and the impact of the new bankruptcy law enacted in 2005 on practitioners and users alike.

Mike has also coauthored, “The Duties of a Chapter 7 Bankruptcy Trustee,” for the University of Kentucky College of Law in its Monograph Series.

Mike and his wife, Barb, live in Wilder, Kentucky, where they have raised three children. Mike is an avid college basketball fan, especially the Cardinals. He also acted as the play-by-play announcer for the Notre Dame girls’ basketball team for several years. 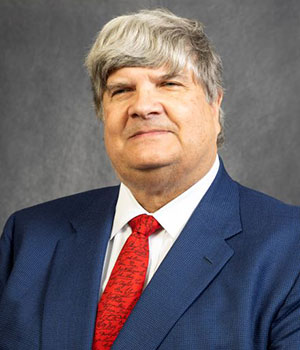